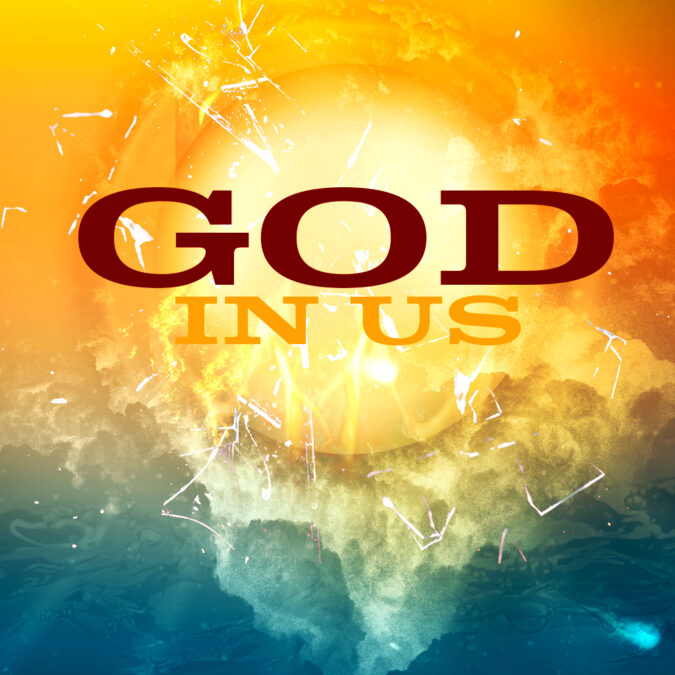 .
Our lives and the world are greatly affected by the order or the disorder of governance around us.

Mankind has sought to devise an optimum form of governance of life among human beings on earth. Many systems have been devised and attempted to order collective groups of mankind and the world.

War and strife causing much disorder has troubled all of man’s attempts to establish a continuing government of order that was good for mankind and the world.

There is one true government that supersedes all others. However, mankind for the most part cannot see it or find it. It cannot be found by natural human beings, because they look and see only in the wrong place for it.

The majority of people believe that the form of government that will bring proper order to the world is to be found in the realm of natural human understanding, in the intelligence of man’s natural understanding and wisdom of progressive learning and improvement.

GOVERNANCE COMES FROM THE SPIRIT REALM

Most people just do not realize that all governance in mankind originates in the spirit realm. The inner grid on which all decisions are made is influenced by the spirit realm, either by the light of the Spirit of God or by the darkness of evil spirits.

There is no neutral or in-between spirit or reality.

Therefore, it is impossible to have a neutral or secular government that is successful and lasting.

THE EXPERIMENT OF DEMOCRACY

The world experiment of democracy style of Government in the United States of America is a grand example. As a government under God, it flourished and rapidly became probably the most successful government in the world.

All religions were free to practice their forms or styles of worship within the framework of the constitutional law of the land. Even forms of satanic worship were tolerated. However, the strong Christian influence and value systems made the democracy work and the nation prospered and became a dominant world influence.

The Christian religious influence was never the full kingdom of God but was on the road in that direction, However, the attempt at “secular” function of governance began to separate and exclude God from the government.

The Christian religion, for the most part, became watered down with secular humanism and lost its life as the influence of God ruling in the government and the nation. The rule of God was progressively separated into a sideline entity confined in the “church systems” and became a lukewarm powerless entity.

There cannot be a spiritual vacuum in mankind. Soon the evil spirits of darkness invaded the population and the government of the land. Without God as head, no nation can remain in power but will fade from power in time.

Neither democracy nor any other form of governance without Spirit God as the true head of the nation will bring the rule of love, righteousness, peace and joy of prosperous life.

God’s plan is to govern the world by love through mankind. 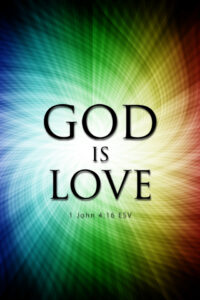 God is Love and God is Spirit. In His plan for governance, Spirit God flows love into the heart of each of His people.
Spirit God, through Christ, abides in your spirit and mine. (Colossians 1:26-27).

God’s love by His Spirit abiding in your heart and mine guides and empowers us to govern the world around us with His love, His power and His wisdom according to His plan and purpose.

You and I have a choice to align with God’s plan of love or not. Every individual must choose to receive the plan of God or not.

Each individual must open the door and allow Spirit God in Christ Jesus to enter and fully abide in his or her heart to receive Spirit God with His provision of love, power, wisdom and guidance to govern in life.

God fully abiding in an individual will affect others around him or her and allow Spirit God to draw those affected with His love to receive Him and His plan and resources to govern in life.

The love within you or I as a true believer and a recipient of the fullness of Spirit God gives each of us the ability and the authority to rule in our area of influence by the love of God.

The governance of God is spread as individuals minister the love and attributes of God to the person in front of them. Individuals filled with God sharing with other individuals is the living plan of the kingdom of God coming forth on earth.

Mankind has been given dominion on earth by decree of God. (Genesis 1:26-28).

Within the created patterns and boundaries of all creation mankind is positioned to govern life on Planet Earth.

Mankind is to govern according to the will, desire and plan of God by the imputed love, power, wisdom and guidance of God with and within mankind.

The world is created to be the Crown Jewel display of the creation of God, a show place of the glory of God. The world is to be a living picture of His great love, power and wisdom with and within mankind as Christ’s beautiful Bride and powerful army of Sons of His Glory.

Christ Jesus is the King of Glory of this world. The indwelling Spirit of Christ is the source of all love, authority, power and wisdom to rule and reign in this world. (Psalm 24).

Christ Jesus, Son of God, King of Glory, abiding in each heart of many sons by the Holy Spirit of God is bringing many sons to glory. (Hebrews 2:10-12).

Brothers and sisters, in whom Christ dwells, we are the sons of God to bring forth the glory of God on earth. Individually and corporately, we are the army of dry bones coming to life in Christ to rule and reign with Christ on earth now. (Ezekiel 37:1-14).

Don’t wait for a time or a platform, now is the time for the glory of God to manifest in you to make disciples to the King of Glory to rule and reign with Him in the love governance of this world.

“Do not fear, little flock, for it is your Father’s good pleasure to give you the kingdom.” Luke 12:32. 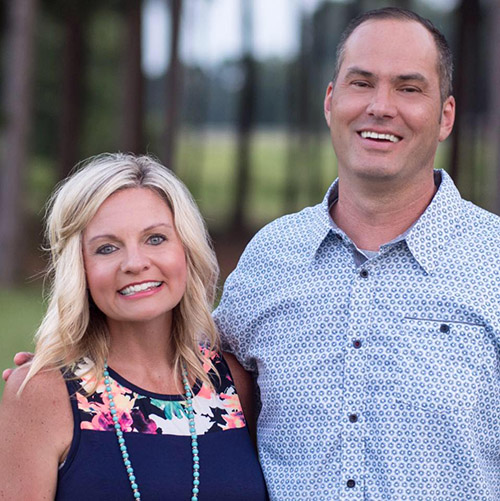 In this season, more than ever before, it will be obvious who is walking closely with the Lord and who is not. Those in the flow with God will operate in the supernatural. They will see miracles, signs and wonders become a part of their everyday life. Things have shifted and changed drastically in America and the nations of the world. In this new season, the global church, political realm, morality, culture and economy of the nations look completely different than they did just a few seasons ago. Pay attention to what the Lord is doing and saying so that you can step into the new season with Him! 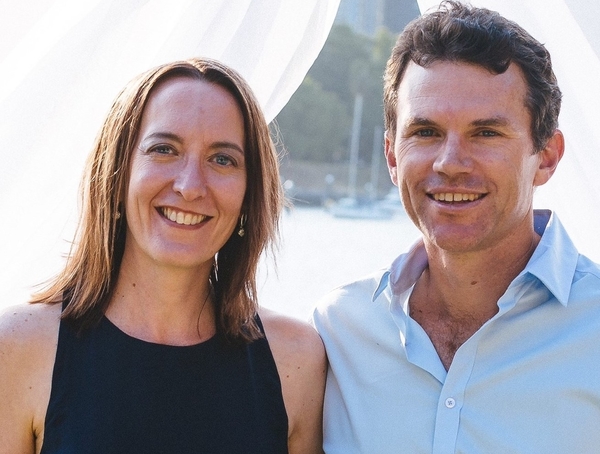 As we entered the Hebraic year 5782 I heard the Lord say, “This is the hour of breaking, birthing and building. I am breaking My people out of cycles and chains that have held them back, and I am birthing a new sound, a new governance and a new order in the earth. “This is the year of agreement and ‘divide.’ For a divine divide will be seen between those who come into agreement and alignment with all I am birthing and those who are content with the status quo. I am raising up righteousness and purity in this hour. I am raising up a new standard for,,,, 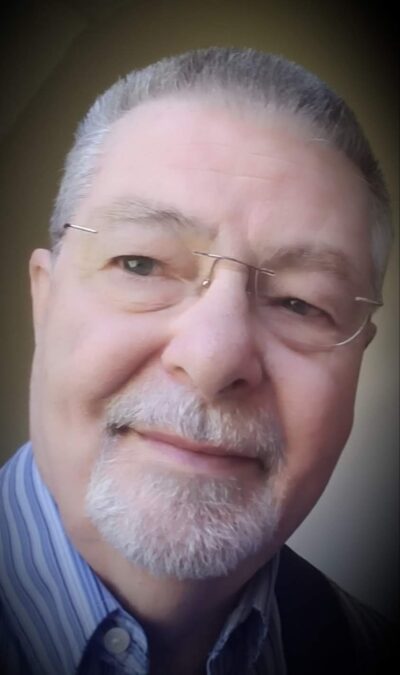 WHAT’S IN YOUR BUCKET? – By Roger Taylor THE GREATEST TENT CRUSADE IN OUR HISTORY – Mario Murillo

by Mario Murillo | Oct 4, 2021 | Revival in America First the headlines: -Over 3,000 people came out during a rainstorm! The largest attendance we have ever seen in a tent happened in the worst possible weather. -We had to start the meeting an hour and fifteen minutes...

END_OF_DOCUMENT_TOKEN_TO_BE_REPLACED

Afghan Christian: “The Taliban took my husband and decapitated him because of his faith.”
Oct 6, 2021
Afghanistan (MNN) — It’s been a month since the United States completed its chaotic withdrawal from Afghanistan. Congressional hearings reveal a division between top U.S. military leaders and President Biden concerning the withdrawal. More about that here. By Katey...

Over 2,100 People Surrender to Christ at Concert Tour with Evangelist Nick Hall, Musicians Chris Tomlin, Kari Jobe, Bethel Music Oct 6, 2021
“Being a part of this tour and having the opportunity to share the Gospel with so many people was nothing short of miraculous.” -Nick Hall Milton Quintanilla : Oct 4, 2021  Christian Headlines [ChristianHeadlines.com] Last month, about 2,167 people made...

%%detect_both%%
Unlimited permission to copy and post or reprint without altering text or profiteering is hereby granted subject to proper credits and inclusion of this web address: http://www.openheaven.com . However, if an item not written by Ron McGatlin is marked Copyright, you should contact the original publisher for permission to reproduce.
Thank you for forwarding the OpenHeaven.com Digest to your mail list.
www.openheaven.com
basileia@earthlink.net